Vibrating is one of the most startling behaviors that guinea pigs have.  The first time that I experienced a guinea pig vibrating it, it totally freaked me out.  This got me wondering why guinea pigs shiver when you pet them or during other situations, so I did a little bit of reading and research.

Your guinea pig is vibrating because he’s feeling a strong emotion like the desire to mate or aggression. Or he could be physically cold or ill.  Your challenge as a pet parent is to judge whether or not the reason for your cavy’s vibration is positive or negative, so that you know how to respond.

You’ll also learn how to more accurately identify specific situations that cause your cavy to shiver.

What Causes Guinea Pigs to Shiver?

Just like us, cavies display a variety of behaviors depending on the situation and their emotional state.  And shivering is one of them.

Please note that shivering, trembling, and shaking are used interchangeably throughout the post, because they basically mean the same thing.

Now onto a few causes of cavy shivering.

You cuddle up with your guinea pig and start petting him, but you notice he starts to vibrate. It’s possible that your guinea pig is shaking from pain or some underlying health issue.

If your furry friend experiences violent, seizure-like shakes or vibrations, then it’s best to take your cavy to a veterinarian for an examination. Other signs that your cavy might be sick include:

When cavies get sick, they can get worse very quickly if they don’t get proper medical care.

If you groom your piggie, you’ll naturally have a closer look at your pet. Make this a daily occurrence. You’ll be able to tell if your little friend is sick or injured. Also, pay close attention her litter box or cage floor. Signs of diarrhea or a lack of droppings could mean that your piggie is sick.

Bow-Chicka-Bow-Wow! Often male guinea pigs will produce slow, gentle vibrations to attract a mate.  He also makes a lower sound that follows it is usually lower in pitch.

The shivers (or vibrations) and sounds are generally followed by the usual hip swaying and strutting around the female.

Boars (male guinea pigs) will STILL do this – even after being neutered, which I strongly recommend.

You’re less likely to see females do this, but it happens every now and then.

If you’ve had your male guinea pig neutered (and I hope that you have), then you have to wait at least six weeks after the procedure before placing him with his female companions. Otherwise, he might still get her pregnant.

Sometimes your guinea pig will shiver (or tremble) when it is happy.  If you’ve bonded with your cavy and nothing unusual (or unexpected) has been recently introduced to your environment, then you can be fairly certain that your guinea pig is happy.

Other signs of happiness include your guinea pig falling asleep in your lap (using you as a comfy bed) and snuggling up to you.

But, be mindful of the length of time you hold your piggy pal.  Each guinea pig has preferences for how long they like to be cuddled.  Usually 10-15 minutes is the maximum time.

And you don’t want your guinea pig’s happiness to slide into annoyance, because you weren’t sensitive to her needs. 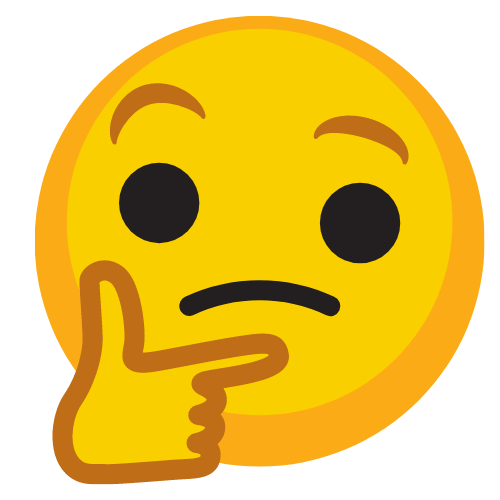 Guinea pigs will jump around like little bucking broncos when they’re happy? It’s called “popcorning”. And it’s the cutest thing ever!

If you’ve been petting your cavy, who doesn’t want to be petted, it’s possible that she’ll begin to vibrate.

After a while, the vibration might be accompanied by a hissing or “chattering teeth” sound.  That means that you’ve probably pushed your cavy to her limit.

If your guinea demonstrates those happens, you should carefully put your cavy back into her enclosure until she’s had a chance to calm down.

Overall, guinea pigs are very meek and gentle creatures and very rarely bite.  But, their “fight or flight” reflex is strong.  If your frustrated cavy can’t run away, she might feel like she has to defend herself. And you might be in danger of getting bitten.

Guinea pigs also vibrate to show dominance.  It’s no secret that male guinea pigs can be prone to fighting-particularly if they’re not familiar with each other.  Actually even girl guinea pigs have disagreements in some cases.

Each guinea pig has to show his (or her companions) who’s in charge.  So, the guinea pig vibrates (usually loudly) and starts grinding or chattering his teeth.

Sometimes, like us, cavies shiver because they’re cold.  Guinea pigs don’t do well in cold, drafty environments.  Cavies do best in environments that are between 65 and 75 degrees Fahrenheit.

Enjoy lap and floor time with your cavy in a location with a stable temperature, because they’re so sensitive to temperature changes.

And if you’ve just given your cavy a bath, gently dry her off as quickly as possible, so that she doesn’t catch a chill.

Even though cold isn’t good for piggies, too much heat is just as bad – if not worse! Make sure that your little fur baby’s enclosure isn’t in direct sunlight, near a radiator, or anywhere else that radiates heat.

If you want some tips on how provide a comfy environment for your fuzz spuds, check out these posts: How To Keep Your Guinea Pig Warm In The Winter and 13 Proven Ways To Keep A Guinea Pig Cool In Warm Weather

Shivering can be a sign that your cavy is scared. Guinea pigs are naturally anxious and hyperalert, because they’re prey animals.  Poor babies! Unfortunately, lots of things scare guinea pigs. Here are a few examples:

Perhaps you own other pets? Perhaps cats or dogs? Or maybe both. As lovely as your other fur babies are, don’t forget that guinea pigs are prey animals. And they’ll need you to protect them. Piggies often bring out predatory instincts in other pets. And it only takes a second for a guinea pig to be seriously injured or even killed.

Do your best to provide an environment that is conducive to your guinea pig’s happiness. Be empathetic.

Don’t make your guinea pig do something they don’t want to do when they’re frightened or nervous.  The exceptions would be grooming or trips to the vet, which are vital to your guinea pig’s health.

With thoughtfulness and persistence over time, you’re guinea pig won’t be so easily frightened.

How Can I Find Out the Reason Why My Guinea Pig Shivered?

Reasons for guinea pig shivers (and the sounds that come with them) depend on the circumstances. Out of context, there seems to be no rhyme or reason to why your guinea pig is shivering.

A potential solution?  Use the RAC method.  It  applies to most situations when you have to interpret the reasons behind your pet’s reactions. Use it to collect and organize information about the situations and visual cues from your cavy.  Then come to a reasonable determination about how your cavy is behaving a certain way.

The table below shows the RAC Method in action for a couple of common guinea pig shivering scenarios.

The RAC method works best when you have a basic understanding of guinea pig behaviors.  That knowledge, combined with observing your guinea pig’s reactions will help you evaluate each situation more successfully. Being familiar with the sounds that your guinea pig makes as shivers, is helpful in determining the emotions of your guinea pig.  View the video below for some insights into guinea pig sounds and what they mean.

What Does All This Mean?

Negative shivering doesn’t have to be the norm with your furry friend.

And being perplexed about why your guinea pig is shivering doesn’t have to be the norm either.

It’s worth it to provide a safe, stable environment for your cavy, because it will increase your cavy’s comfort and happiness.

Just because you can’t speak guinea pig, doesn’t mean that your little friend can’t communicate with her.

You just have to know what to look for….

And to respond accordingly.

Overall, it depends on the guinea pig.  You have to gently and carefully experiment with your guinea pig. Try petting them on the top of the head and under the chin.  Avoid your cavy’s feet and belly to begin with. Many cavies don’t like being pet there.

How does a guinea pig show affection? 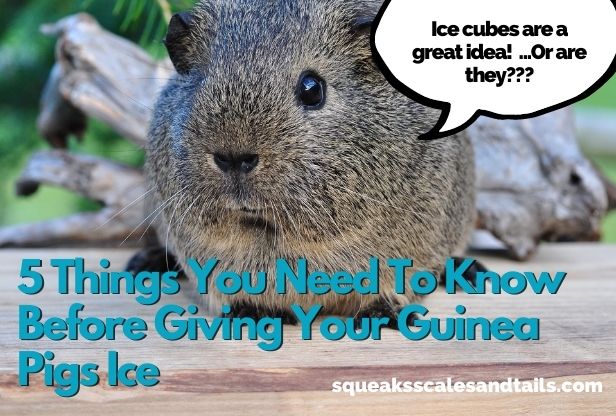 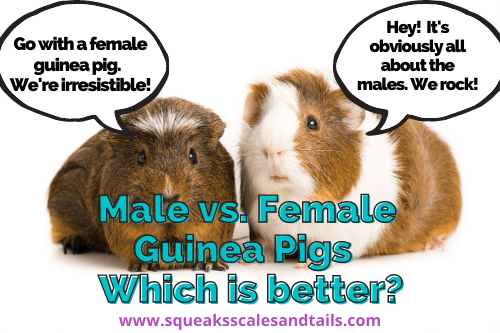 It crossed my mind that a common question people ask when they’re about to buy a new guinea pig is: “Which is better: a male or a female guinea pig?”. So, I decided to check into it myself and write some information about it here. Commonly, getting a pair of young females is the best… 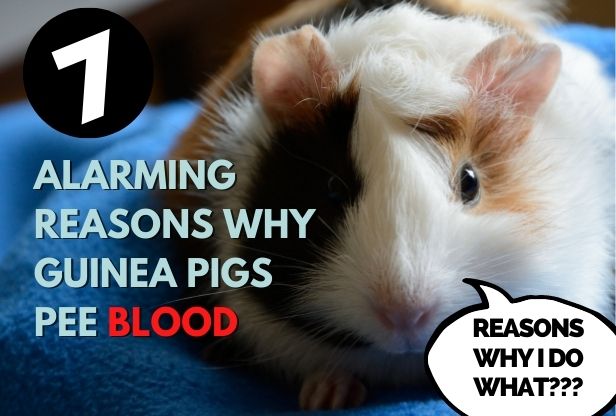 Guinea pigs are adorable little creatures. They’re small, furry, and they love to be cuddled! But guinea pigs also pee blood sometimes – so what’s the deal? Why do they do that? Blood in the urine is referred to as haematuria – a medical problem where blood cells flow out of the urinary tract. There’s… 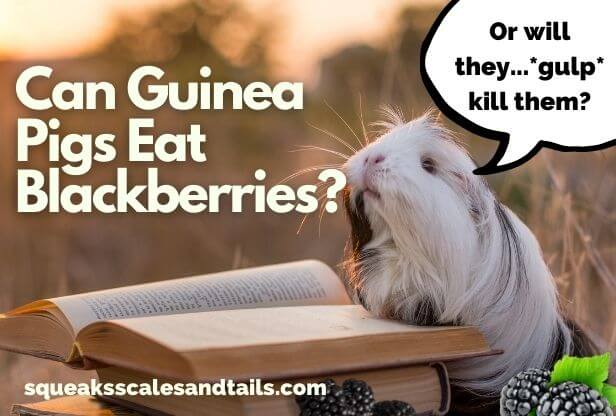 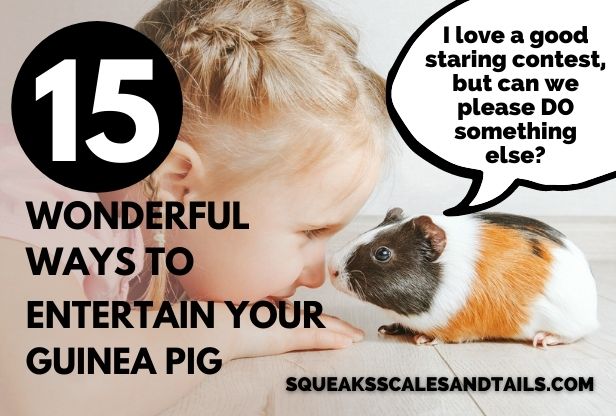 As an Amazon Associate I earn from qualifying purchases from Amazon.com and other affiliate links, at no extra cost to you. Wanna read something more boring than watching paint dry? Click HERE for a peek at my disclosure. If you have guinea pigs, then you realize how important it is to entertain them. In an… 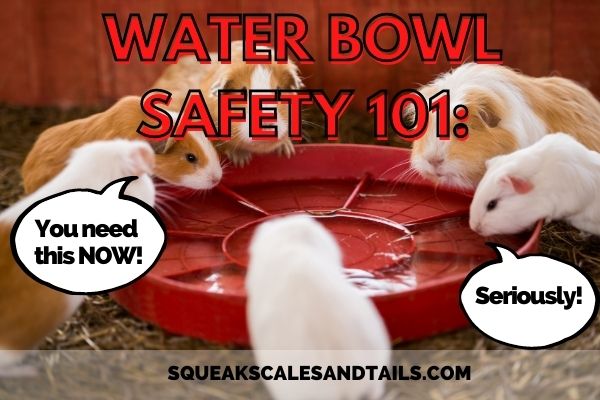