It crossed my mind that a common question people ask when they’re about to buy a new guinea pig is: “Which is better: a male or a female guinea pig?”. So, I decided to check into it myself and write some information about it here.

Commonly, getting a pair of young females is the best option if you’re a new guinea pig owner. However, if you’ve decided to only get one guinea pig, then the gender doesn’t really matter as long as the cavy is healthy – both genders make excellent pets and are delightful in their own way.

This is only a brief overview of what goes into determining whether having a female or male guinea pig is better. If you are interested in a more in-depth guide what to expect from each gender, keep reading below.

Which Gender Should I Get if I Only Want One Guinea Pig?

While it’s best for guinea pigs to have a friend, some owners just want one guinea pig. If that’s the case, consider the following criteria to figure out whether a male or female guinea pig is best for you.

Overall, guinea pigs are sweet, friendly creatures and will make a delightful addition to your household. The chart below shows some comparisons that should help you make your decision.

What if I Want to Have Two Males, Two Females, or a Mix?

As a first time guinea pig parent, it’s best that you have all females.  In fact, I suggest that you get at least two.

Typically, your piggies will be happier if there are two of them. And happier is better, isn’t it?

Some people own just one guinea pig and report that their little friend is perfectly happy (with extra love and attention from their pet parent, of course).

But, it’s strongly suggested – if it’s practical for you – to own a pair. Guinea pigs are social, herd animals – they do better in groups. Also, guinea pigs are awake roughly twenty hours a day.

It’s best to go to a rescue, shelter, or pet store (with a good reputation) that you trust when it’s time for you to pick out your piggie family. Ideally, you want to go somewhere that is staffed with people that have tons of experience matching up guinea pigs. They’ll help you take the “guess work” out of the process.

Wouldn’t it better if your little friends had someone (besides you) to enjoy their long days with?

If you have your heart set on two males guinea pigs, just keep the following in mind to make the experience more pleasant.

Many concerned piggie parents have been bitten trying to break up a cavy fight.  If you have to break up a fight, use a towel or oven gloves to carefully separate your little ones.

Fighting: Males (like females) are more likely to get along if they’ve grown up together. Maybe as brothers? They’ve had a chance to figure out who is the alpha (a.k.a. the BOSS), so there’s less fighting.

You can avoid some of the fighting by making sure that:

Sometimes guinea pigs just don’t get along. It happens. Just like humans, they don’t like every other piggie that crosses their path. It’s okay. Even if guinea pigs can’t share the same cage (due to fighting), your piggies can still benefit from seeing, hearing, and smelling each other – from different cages in the same room.

Some say that neutered males are be less likely to fight with other males.

Unlike other animals (like dogs), de-sexing has no effect on guinea pig behavior.

Ultimately, most aggressive responses depend on the personality of the guinea pigs and can be influenced by the piggie’s environment. 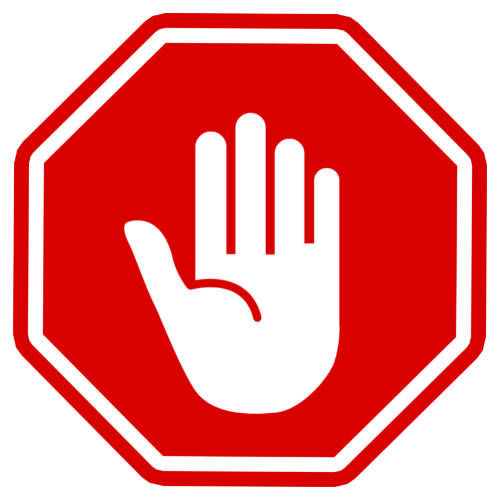 If you’re going to have a mixed gender group of guinea pigs living together, have the male neutered. It’s less riskier for males than females. If you don’t, you’ll be a “grand” pet parent faster than you can blink. Guinea pigs breed, well, like rabbits. Unfortunately, there aren’t enough good homes for the needy piggies that are in the world now. It’s better not to add more into the mix unless you can guarantee each of them a great home.

Cleanliness: Male guinea pigs are basically slobs.  They do a horrible job of keeping their cages tidy.  But, it doesn’t have to be a deal breaker. Just plan to spend a little bit more time keeping your cavy’s home neat and clean.

Aroma: If you take the time to clean your cavy’s grease gland properly and regularly, then there’s nothing to stop you from enjoying your two friendly, male piggies. It’ll be crazy gross and awkward at first. But, you’ll get better at it.

Thinking of Adding Another Cavy to Your Guinea Pig Family? (Read this first)

So you have a little pig or pigs and you’re thinking of expanding the love?

But, you’re more likely to keep peace and harmony amongst your little friends if you consider the following before you grow your guinea pig family:

Let’s say you that you have:

Whatever you do, do NOT have multiple males with one female (or even any females).  Female guinea pigs go into heat quite frequently (say every two to three weeks). The males will fight with each other for the right to mate with her, which will make the entire situation stressful (and dangerous) to all involved – especially you.

How to Introduce Guinea Pigs to Each Other

The name of the game is patience.  Guinea pigs need time (and lots of it) to adjust to their home environment and to each other.

Before your introduce guinea pigs, don’t forget to:

Pairing piggies can be complex and as nerve-wracking as all get out. It’s important to stay calm, focused, and know when to get an expert involved. And even better? Know which pairings are likelier to work than other.

There are some things you should do to “set the tone” for a successful physical introduction.

Some guinea pigs will bond right away. Others will need more meetings to become fully comfortable, confident, and happy with their new friend.

If the guinea pigs react negatively or aggressively to each other, don’t be discouraged.

It is a sign that you need to take a step back to the scent-swapping stage.  Then slowly start the process again.

It can be difficult to tell the difference between negative reactions and normal dominance behavior in guinea pigs.

Take a peek at the table below to get a feel for what you should look for during these introductions.

It. Is. Soooooo…important to understand the difference. Otherwise you’ll prematurely separate your pigs just as they’re working out what’s what and who’s who…

And you don’t want to do that if it can be helped.

Keep a few things in mind:

Each time you separate them, the process has to start all over again.

Decide on a course of action and stay the course-whatever that journey looks like for you and your pigs.

Male or Female? How Can You Tell?

The best way to figure out the gender of your cavy is to take a peek at their reproductive organs.

But, what do you look for?

You can figure out if your guinea pig is a boy or a girl by taking note of the two main things.

The video below should be helpful, too.

It can be very difficult to tell if your guinea pig is a male or a female.  When in doubt, always take your cavy to an experienced veterinarian.

If you’re going to try to identify the sex of your little buddy, wait until the cavy is at least 3 weeks old.  It’s hard to figure out the sex of guinea pigs younger than that.

Your journey to picking out, raising, or introducing the right guinea pig to your family can be a little nerve-racking – because you don’t always know how it will go.

Hopefully this article has been helpful and given you a little peace of mind with the process.

Taking care of guinea pigs is an enriching and enjoyable experience, because each guinea pig has its own unique preferences and behavior. Two cavy females are preferable for a variety of reasons.  However, many people keep a pair of male guinea pigs happy together with very little trouble.

In the end, remember to take the facts and make the best informed decision that you can when adding a new cavy to your family.

Guinea pigs: The right pet for you? (n.d.). The Humane Society of the United States. https://www.humanesociety.org/resources/guinea-pigs-right-pet-you

What sex is my Guinea pig? (n.d.). Greencross Vets. https://www.greencrossvets.com.au/pet-health/other-pets/exotic-pet-health-pocket-pets/what-sex-is-my-guinea-pig/ 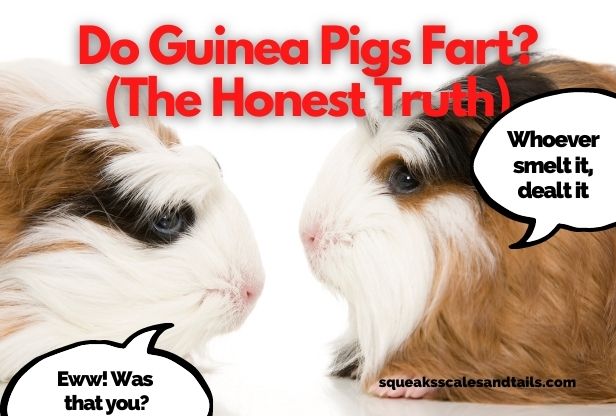 So, you noticed that a funny noise has come from your guinea pig, followed by a stinky smell. And this makes you wonder “Do guinea pigs fart?” Typically, guinea pigs do fart. The reasons why include: digestive issues from antibiotics and the sudden introduction of a new food. Certain foods and roughage cause gas as well…. 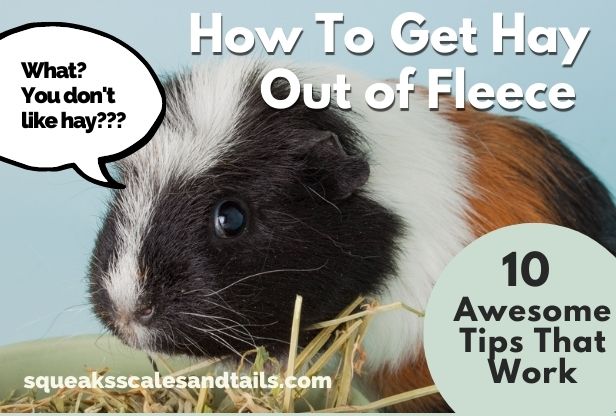 Hay is a great source of food for your guinea pigs, but it can also be a pain to get out of fleece. It will stick to the fleece and make it difficult to remove.  It’s the most annoying thing ever for fleece users. As a general rule, guinea pig owners can remove hay from… 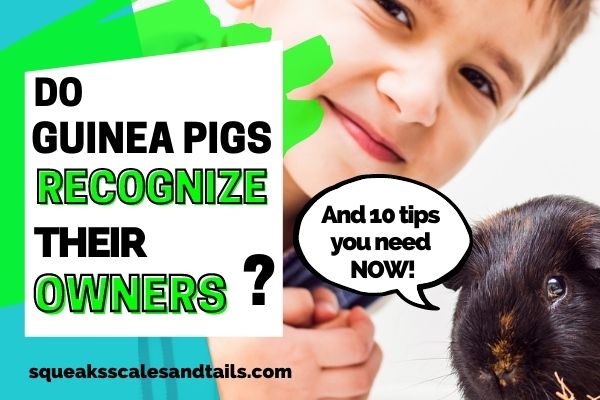 You certainly recognize and love your guinea pigs, but do they recognize you? The depths of affection that a pet parent has for their fur baby run deep.  I was curious to see if guinea pigs have the ability to identify one human from another,  so I did a little research, and here is what… 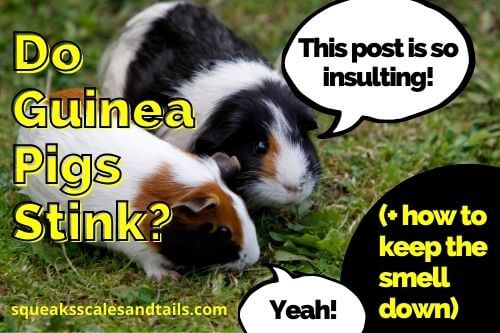 There are a lot of things that aspiring and brand-new guinea pig pet owners need to know about raising a guinea pig.  When I was about to buy my guinea pig, one of my most pressing concerns was: Do guinea pigs stink?  So, I did a little bit of studying and this was what I… 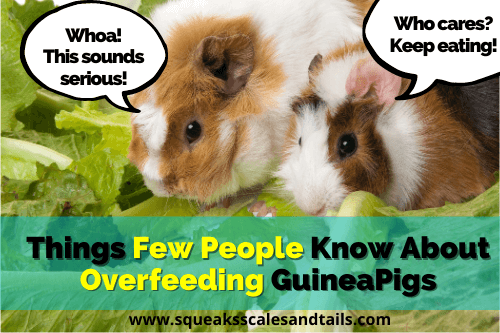 One of the first things, you’ll notice about your guinea pig is how they never stop eating: munching, chewing, nibbling.  I know I did. So, can they really eat too much? It’s a nerve-rattling question. You can overfeed a guinea pig.  It’s likely to happen if they’re given too much food full of sugar and… 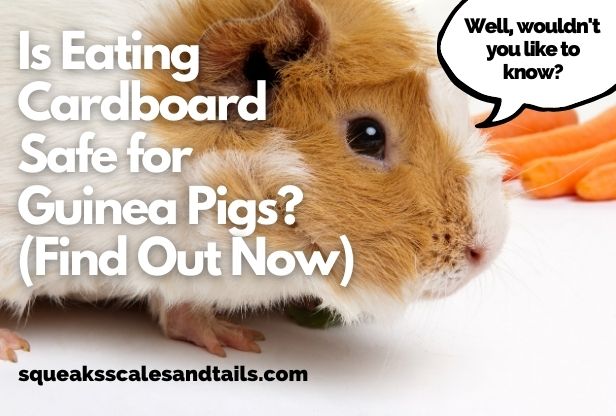 It’s not unusual for pet owners of all types to wonder what they should feed their animals. For guinea pigs, this is no exception! There are a lot of foods that are actually safe for them to eat and some that aren’t. One item that you may be wondering about is cardboard! Is eating cardboard…