What You Need To Know About Why Guinea Pigs Eat Hair

So, you’re cuddling with your pet guinea pig – snuggling on the couch. Suddenly, you feel a little tug on your arm.  Uh-oh, what is that? You start to feel a little tugging sensation, and then realize it’s because your guinea pig just sawed off a piece of your hair. After the shock wears off, you wonder why guinea pigs eat human hair.

Typically, guinea pigs eat human hair due to a lack of fiber in their diet, boredom, or as a way to socialize with their owner. Guinea pigs are known to snip strands of hair from owners’ heads, arms, and knuckles. It’s fairly common and isn’t usually something to worry about.

Barbering is when a guinea pig will bite, chew, and in some cases eat hair. This hair can be yours, their own, or the hair of cage mates and other piggies.

Particularly long-haired guinea pigs are most at risk or owners with long hair. But any coat length may be consumed.

If you want more answers to quirky guinea pig behavior, check out these posts I wrote: Why Do Guinea Pigs Twitch? (10 Surprising Reasons) & Are Guinea Pigs Nocturnal? (Sleeping Habits and More)

Guinea pigs are interested in anything that they can put their teeth on. When it bites down, a guinea pig could very well take an actual chunk out of your hair if you’re not careful.

If your piggies does take a chunk out, there are reasons why, including:

Lack of Fiber in Diet

Guinea pigs are herbivores and eat plants. They need plenty of fiber in their diet, which is typically found in vegan food sources. If your guinea pig isn’t getting enough fiber from his food, then it can lead to chewing your hair.

Piggies eat hair in order to fulfill their digestive needs. This includes a high-fiber diet, which fiber is the major component of their diet. Diet fiber for cavies ideally consists of hay and other fresh herbs.

Guinea pigs are naturally inquisitive and they love to chew and bite things. In fact, cavies are known for chewing on the things that they’re interested in. This behavior could include their owner’s hair or clothing, as well as stuffed animals and other toys.

If you have a very young guinea pig, it’s possible that it’s simply exploring what is (or isn’t) safe to eat. Or just taking a nibble to determine what your hair is made of.

If this is the case, your piggie might stop eating your hair because it’s realized that it is not edible.

Guinea pigs are easily bored, and will often find new stimuli to play with. Consider keeping hay and other toys in their cage, so they don’t feel the need to nibble on your hair for entertainment.

Your little friends groom each other for a number of reasons. It’s an activity that keeps them occupied, entertained, and helped establish their social hierarchy.

If your guinea pig is biting or gnawing on your hair, take it as a sign that your little friend sees you as part of the social group—however, that doesn’t mean that you have to let your fur baby continue chewing on your locks.

Guinea pigs generally eat hair because of a lack of fiber in their diet, boredom, and social grooming.

Is It Okay For My Guinea Pig To Eat My Hair?

Since guinea pigs don’t form “hair balls” in their stomach, there’s no critical danger to them eating your hair occasionally. However, if the biting becomes an intense habit, then that might pose a problem.

If your piggie keeps snipping and nibbling it, there’ll be negative consequences (mainly for you!), such as:

Knowing why your piggie is doing this will help you in the long run when working to correct their behavior. (More on that later.)

How to Protect Your Hair

Avoid using yelling or hitting to punish your piggies for chewing on your hair. You’ll only frighten them, which could make matters worse. To protect your locks from being eaten by your piggie, you need to do the following:

Don’t “discipline” your guinea pig for trying to nibble on your hair. Guinea pigs don’t understand why you’re angry and could become terrified of you. Instead, create an environment that discourages them from trying to reach your hair and either cut it or wear head gear.

Why Do Guinea Pigs Barber Each Other Or Themselves?

It may come as a surprise. But, guinea pigs don’t just try to eat chunks of hair. They’ll also nibble on their own hair or other guinea pigs’ hair. Barbering occurs for various reasons & should be taken seriously. It’s important for guinea pig owners to know why this behavior occurs.

Dominance Over Other Cage Mates

Guinea pigs are social creatures and they often have a hierarchy in their group. Guinea pigs that feel dominant will sometimes barber other guinea pigs as a sign of dominance. It’s a way for guinea pigs to keep the group in line.

Barbering of each other, you, or themselves can be caused by stress. This could be caused by a new cage mate, a new environment, a too small cage or just life in general. It’s important to keep your fur babys’ lives as calm and stress free as possible. Too much stress can cause physical illnesses other than barbering.

Some guinea pigs will barber when they don’t have anything else to do. If your guinea pig is lacking enrichment items or chew toys, now is the time to invest in a few. That way, your furry friends will chew the toys and not your hair.

Self-barbering (or overgrooming) can occur when an animal is feeling acute pain. When this happens, your piggie is literally trying to “tear out” the source of their discomfort.

Bladder stones, arthritis, or tumors could be the cause of the pain.  If this is the case, the best solution is to see a vet promptly in order to get the root cause and provide the appropriate treatment for their pain.

One reason why guinea pigs barber (human hair or themselves) is that sometimes they may over-groom as a result of stressful breeding or neglect. In this case, it’s more of nervous habit.

Guinea pigs will groom each other, you, or themselves for various reasons. One of the main reasons is to display dominance, stress, boredom, physical pain and accidental overgrooming.

You’re Wrong About The Barbering. So, What’s Going On?

Sometimes what owners suspect as self-barbering or barbering of others is actually something else.

The true reasons why your furry friend is missing hair might be something completely different.

That’s why it’s best to consider all options – particularly if you haven’t actually seen your piggies barbering themselves or each other.

If you guess incorrectly, then you’ll accidentally lead to your little friend suffering more because you’ll be trying to treat the wrong health issue.

What Can Be Done To Stop The Barbering?

There’s a few things that can be done to attempt a guinea pig from barbering. What you need to understand is that modifying the behavior will take time and patience, so be prepared for this.

If anything is done too soon or in the wrong way it can make things worse and prolong the process of behavior modification – it’s important to remain calm and patient, and consistent with any training.

Don’t put repellant sprays to the barbered guinea pig’s fur. This might make your piggies sick, because it contains unsuitable ingredients that might be hazardous for their health. Plus, they oftenb don’t won’t. Save your money for something else.

The most important thing to remember about why guinea pigs eat human hair (or even guinea pig hair) is to try to identify the reason for the barbering. It’s not always easy to do and will require some patience.

If you can find the source, there are a few things that you can do in order to stop your guinea pig from barbering. But, there are some thing you need to remember.

That’s it. Now you know just about everything that you need to know about why guinea pigs eat hair. 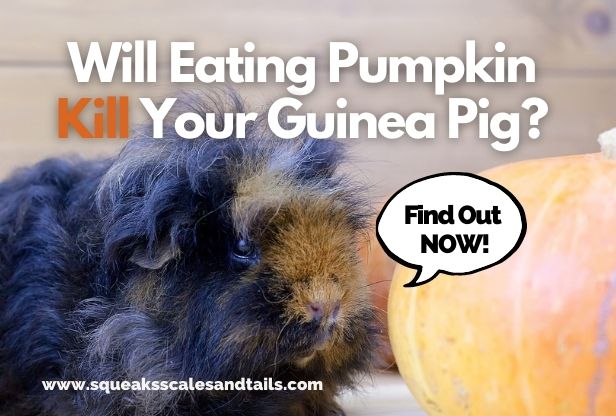 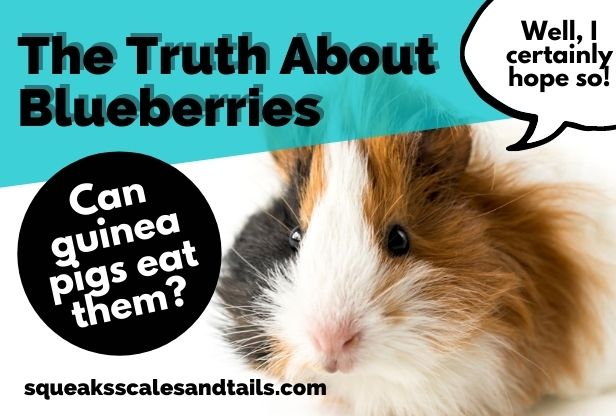 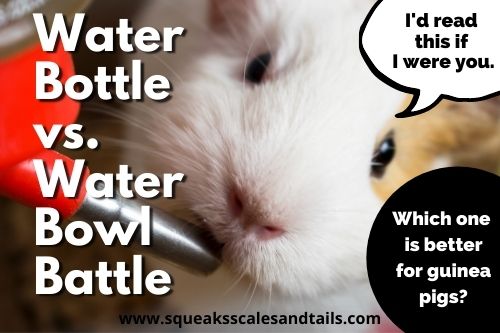 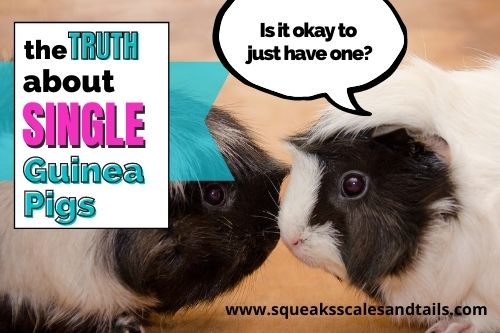 Getting a guinea pig, especially for the first time, can be stressful.  Especially if you aren’t sure if you should get one or two.  This question weighed heavily on many potential pet parents: Is it okay to get one guinea pig?  Is a single guinea pig best? A pair?   Typically, it’s not okay for… 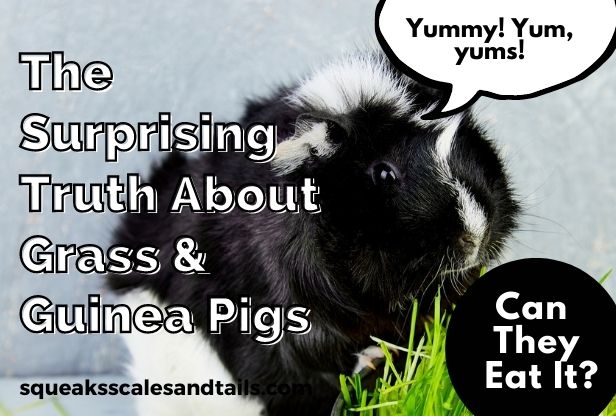 Since guinea pigs are herbivores, it’s only natural to wonder if they can eat grass. I mean, there’s so much of it around, right? Is there anything wrong with taking your guinea pig for an outdoors stroll to nibble on some fresh, green grass? Guinea pigs can safely eat grass, but there are some precautions… 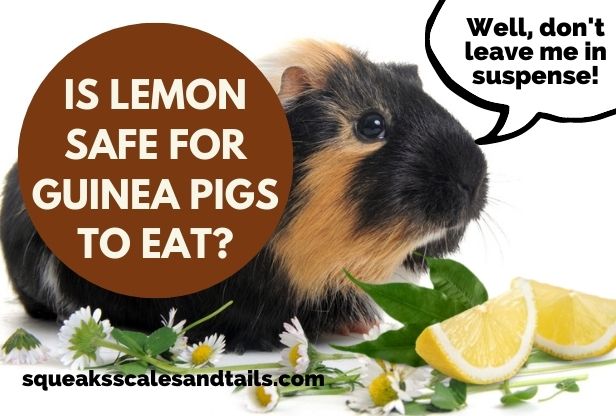 It’s important for your guinea pigs to have a balanced diet, but what’s hard to know is what’s right for them to eat. Lemons are a healthy fruit for humans, but can guinea pigs eat lemon? Lemon is a fruit that shouldn’t be fed to a guinea pig at all. If you were to feed…